At NAB 2016, at the VR Pavilion in the North Hall, Assimilate introduced new tools for VR production, marking an ongoing maturation of the production workflow. The company’s big news was the introduction of user-friendly review and approval, which up until now has been a cumbersome and complex process. Also new from Assimilate for VR is real-time output to the Oculus Rift, support for mono and stereo footage, to output a secondary monitor in 360-degree mode, and some new VR grading tools.

Lucas Wilson, who develops VR for Assimilate and produces VR content for his company SuperSphere, says the new client review and approval tools are already a boon to his work. “I’ve done 50 VR projects and the biggest hole that was missing was client review,” he said. “There’s ways to do it but it’s complicated, and, worst of all, complicated on the client side.” 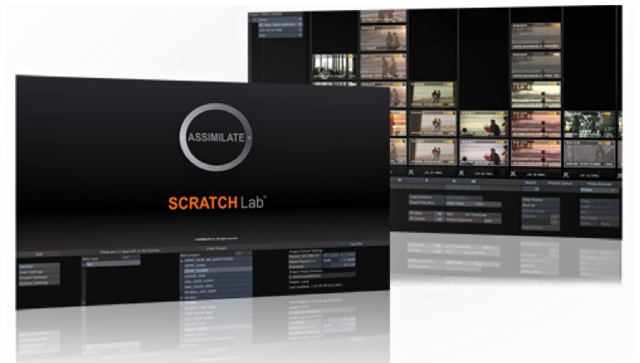 Now, Assimilate’s Scratch Web tool has been optimized for virtual reality. This allows the creative to publish 360-degree videos from the Assimilate grading system to Scratch Web, an online review system.

“From there, you can do one of two things,” said Wilson. “You can send a password-protected link to the Scratch Web 360. Or, you can easily turn it into Google Cardboard viewing mode, with the ability to set up the different fields of view and presets for different headsets. It’s the only system I know of where I can generate a private link, they can click on it and the client can click and see it immediately in Google Cardboard.”

Wilson has already used Scratch Web 360 on several projects, most recently for a Reebok VR spot. “For production, this was a game changer,” he said. “I didn’t have to think anymore about how to do client reviews. All of them have cell phones and even the most technology-illiterate ones can easily click on a link.”

So far, said Wilson, most clients view in 360 mode until the final, when they view and approve with Google Cardboard. “Clients want the easy button,” said Wilson. “This gives them that.”

Among the new VR tools in Assimilate’s color grading system is the ability to use all the normal shape controls in 360 degrees. “Video has hard edges because it doesn’t wrap around,” explained Wilson. “If you’re drawing a shape, such as for Power Windows, then the edges won’t meet. If you’re doing grading, that’s a big deal.”