Just before Mobile World Congress, Google officially introduced its ARCore mobile augmented reality platform. Snapchat and Sony Pictures are among the first to use it; Sony Pictures plans to debut an AR game with a “Ghostbusters” theme that lets users fight and capture ghosts from the movie franchise, comic books and elsewhere. According to Sony Pictures Entertainment executive VP Jamie Stevens, SPE’s partners in the venture are Columbia Pictures subsidiary Ghost Corps and game publisher FourThirtyThree. Meanwhile, Amazon has introduced “AR View” to its Android app for devices that support ARCore.

Variety reports that, the game, “Ghostbusters World,” will be released soon but not on the immediate launch of ARCore phones. It will “also come to iOS devices this year.” Snapchat will use ARCore for “more immersive experiences, starting with a special world lens built in partnership with the FC Barcelona” that will allow users to enter a “recreation of the soccer club’s hometown stadium.” 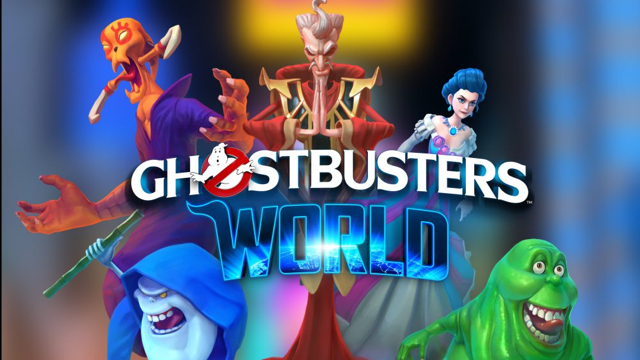 The company has also partnered with Sony, Huawei, Xiaomi and others to “bring ARCore to additional devices in the near future.” It reports that, “ARCore will be available on 100 million phones as the update rolls out, including Google’s own Pixel phones, Samsung’s Galaxy S8, S8+, Note 8, S7 and S7 Edge, LG’s V30 and V30+, ASUS’s Zenfone AR and OnePlus’s OnePlus 5.”

According to 9to5Google, Amazon has added “AR View” to its Android app that will let the user “select products in augmented reality right in your home.” The app, which includes “tens of thousands of items” including electronics, furniture, home décor and toys, will let the user see “what their potential purchases could look like in their own home.”

To access, the user opens the Amazon App, taps on the camera icon and chooses AR view, and then can select among the available items, overlaying them in their living space and getting a 360-degree view via rotation. The capability is currently limited to devices that support ARCore.

Ars Technica reports that Google is also launching ARCore in China, where it does almost no business. “Google will get around its distribution problems by partnering with OEMs like Huawei, Xiaomi, and Samsung, allowing even non-Google Play devices to use ARCore apps.”