Following the iCloud security breach involving controversial celebrity photos, Apple is trying to regain consumer trust by encouraging users to utilize their new and pre-existing security features. The company revealed how it encrypts messages and offered tips for protecting user data in a newly-launched website. In the open letter, Apple CEO Tim Cook takes a swing at Google for monetizing users’ private data and reassures Apple users that their data is safe from the government. 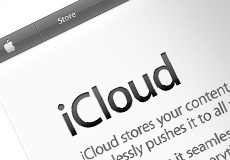 Apple promised consumers to improve security measures after the hack in early September, and the new site educates users on how to use those features and what the company does with their personal information. In iOS 8, user passwords protect users’ photos, messages and emails. The company itself cannot bypass these passcodes, so it is almost technically impossible for Apple to give any government agency this information.

Cook encourages Apple consumers to use two-step verification to login to iCloud. This feature requires a password and a one-time verification code sent to a registered device to login to Apple’s services.

“We don’t build a profile based on your email content or Web browsing habits to sell to advertisers,” wrote Cook. “We don’t ‘monetize’ the information you store on your iPhone or in iCloud. And we don’t read your email or your messages to get information to market to you.”

Cook was referring to Google, which recently announced that the new Android phones will offer default encryption. Wired reports, “Many competitors, including Google, have long used some security measures that extend beyond what Apple used.”

The hack came at an inopportune time for Apple. The company was only a week away from announcing the new Apple Pay mobile payments system, iOS 8, iPhone 6 and iPhone 6 Plus, and Apple Watch when the tech giant admitted that the iCloud security had been compromised.