Apple just came out with a new Apple TV remote with integrated Touch ID, which utilizes fingerprint sensors to authorize and block users. In addition to TV-centric capabilities, the new remote offers the ability to enter a channel without punching in a password and to allow authorized people to make iTunes purchases. What makes this TV remote truly different is its ability to control in-home electronics. Over the years, rumors have been rife that Apple’s end game for Apple TV was as a home automation hub. 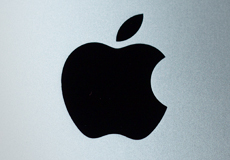 Apple also reports that the remote will be able to control an array of other electronic devices in the home, including “thermostats, air conditioners, heaters, fans, kitchen appliances, home automation controllers, security systems, vehicles and more.”