Since Amazon relaunched its online Payments business in 2013, more than 23 million customers have used their Amazon accounts to pay for purchases on other businesses’ websites. That’s a trade-off that Amazon is more than willing to make. Among those companies now accepting Amazon Payments are Southwest Airlines, Comcast’s GolfNow online tee-time booking site and online store Red Dress Boutique, which reports that within a week of adding Amazon Payments, 20 percent of its orders used it, surpassing PayPal.

Bloomberg reports that last year Amazon hired Patrick Gauthier from PayPal, who is now “leading the expansion of Amazon Payments.”

“Why would we make it easy for customers to buy elsewhere? Because we know it solves a problem in their life,” he said. “It is the same logic as video. It deepens our relationship with customers.” Amazon charges merchants 2.9 percent plus 30 cents for every transaction it handles. 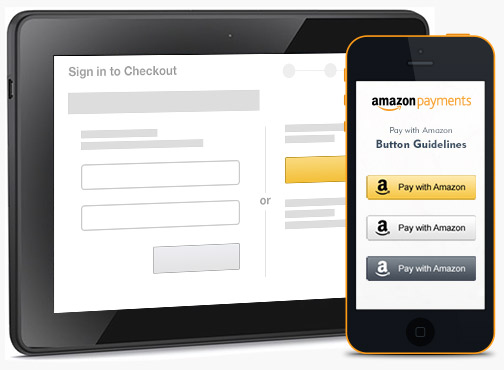 PayPal, which had a big head start in online payments and is still the No. 1 choice, processed $82 billion in transactions for nearly 180 million shoppers, but the number of merchants accepting Amazon Payments tripled in 2015. Merchants are also reporting that many customers are choosing to complete transactions with Amazon Payments over PayPal.

AuthenticWatches.com general manager Peter Grant calls it “an order saver,” and reports that about 25 percent of his orders go through Amazon.

North Carolina company R. Riveter, which sells bags made by spouses of U.S. soldiers, recently switched from PayPal to Amazon Payments, two days before the company was featured on “Shark Tank.” Founder Lisa Bradley says 30 percent of customers pay with Amazon, compared to the 13 percent that previously checked out with PayPal.

Even though many online merchants are used to regarding Amazon as a competitor, the ease of offering Amazon Payments has proven to be compelling. “There’s a market for selling your soul to the devil,” said Wedbush Securities analyst Gil Luria. “When you accept Amazon Payments, you get access to the coveted Amazon customers. The trade-off is you are opening your kimono to your biggest competitor.”

For that reason, says 451 Research payments analyst Jordan McKee, large retailers will never go with Amazon Payments. “We will never see Walmart or Target take any measure to align themselves with Amazon,” he said. “It’s retail suicide.”